This started with the INACCESSIBLE_BOOT_DEVICE doom I wrote about before.  But here I want to treat the story after that.

When I solved the above mentioned problem, I ended up with 14.6 version of the driver in the system.  Everything worked well.

Until few months ago, the Intel Rapid Storage Technology UI completely disappeared from my system.  Only an empty folder under Program Files left.  Like somebody would steal it… Despite that, it still was listed as an installed software in Control Panels.

Since the UI part is important, I decided to gain it back.

But before running any SetupRST installers I rather inspected and prepared the system.  And what I found to my surprise!  The Intel’s driver for the RAID storage was missing.  I was on the Microsoft’s one (EhStorClass.sys).  That was very interesting thing I didn’t expect.

And preparation part #2 – check that restore point is accessible from the Recovery mode.  And here it starts :)  Pressing F8 during Windows 10 boot no longer works.  Hence, on this very same machine, I created a restore USB drive.  Booted from it.  Trying to access the list of restore points – “first select a system.”  What?  Aha!  The system drive didn’t mount in the Recovery mode!  This means that there is something wrong with this affected system.  But I don’t have intentions finding out what.


Fortunately, having a laptop with Windows 10 helped here.  That laptop didn’t have iRST installed, ever.  Creating a restore drive on a different machine and booting back on the ill machine makes the list of restore points visible.  Now I can proceed.

I decided to install only the iRST UI.  As reported in the original blog post comments, 14.0.0.1143 version is considered safe to install regarding the INACCESSIBLE_BOOT_DEVICE error.  Hence, I downloaded the setup from Intel.

Running it started to complain that iRST was already installed.  I exited the setup and uninstalled the iRST using Control Panels.  Then restarted with fingers crossed.  And the system… booted!  And the Microsoft’s driver didn’t move a bit.

Next step.  Running the setup again, now it complains that there is a newer Intel Rapid Storage driver, version 14.6.x.x.  If it’s there and it used to work, then why not to keep it?

Hence, this time I run SetupRST with -Nodrv command line argument to don’t install the driver.  According to my understanding, it should only install the missing UI.  Setup installs, asks for restart.  I do it, and the system… still boots!

The Intel Rapid Storage Technology UI is there after boot, as used to be!  There is also still the Microsoft driver.  The iRST UI works with it as expected and is also able to check the volume for errors.  Nice.

But somehow I’d rather have iRST UI, the service and the driver from one company.  One never knows if when changing the volume parameters like changing the drives, enlarging etc would break in any bad combination.

Hence, I run SetupRST again, no arguments.  It asks for either uninstall or repair.  I choose repair.  It does its job, asks for reboot.  I do it, and the system… yes, still boots :)

This seems to work well.  I can again see status of all volumes and disks, and hopefully also manage volumes safely as before.

I hope this may help anyone experiencing iRST UI being mysteriously ripped off the Windows 10 system. 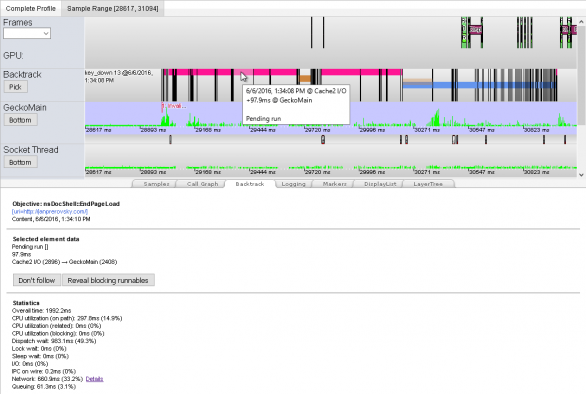